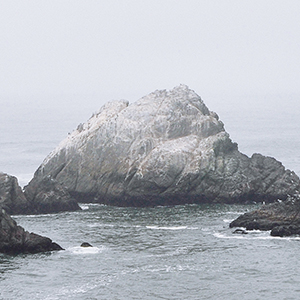 Come let us sign for joy to the Lord;
let us shout aloud to the Rock of our salvation.
Let us come before him with thanksgiving
and extol him with music and song.
(Psalm 95.1-2)

Psalm 95 is what is considered a Sovereign Psalm. It is focused on the fact that God has created the world (us included) and as such, is worthy of the praise we (should) give him. It also recognizes that he is the creator and we are the created, or as this psalmist has written: the people of his pasture.

Knowing that God is the one whom we need to worship would be enough to be considered a complete psalm. (We could use more admonition to worship, truthfully.) Unfortunately, we tend to live our lives in such a way that celebrates our accomplishments more than they give glory to God for the ways he is working in those lives. We forget the significance of God as an important part of why our lives are “blessed” in the first place.

But the psalmist goes on and says, in essence, BECAUSE God created you and is your shepherd and BECAUSE you are the flock under his care, you now have a choice. You may choose between recognizing God as you creator, or you can harden your hearts and ignore him.

The psalmist did not just make up the idea of “hardening your heart.” It was an example previously lived out by the people of Israel. In Exodus 17, we are told that the people of Israel are camped at Rephidim, but find themselves without water. Up to this point in their story, God had rescued them from slavery in Egypt, shown himself strong in the process by bringing plagues upon the Pharaoh, and God had provided the people’s needs every step along the way. Yet at this point, the people grumble and complain against God, asking: “Is the Lord among us or not?”

Think about this moment in Israelite history for just a second. God had done what you and I would probably consider more than enough to provide for his people. There was never a time in their journey through the desert—and yes, I can imagine a journey through the desert might not be considered plush accommodations—when God did not take care of his people. They were indeed the “flock under his care.” In spite of all of this, they quarreled and grumbled, testing their God.

So fast-forward past the time of the Psalmist’s writings to now. How do you live? First do you recognize all of the things God has done for you? And if you do, do you still grumble and complain, asking: “Is the Lord among us or not?”

•In what ways have you seen God provide for you, taking care of all your needs? In what ways have you failed to recognize his provision and perhaps even grumbled about what you thought he was not providing you? How can you do a better job of recognizing God as your Sovereign Lord?

•How do you think you would have reacted to the lack of water that the Israelite’s faced? How does your reaction compare to theirs? Why is it so easy for us to forget the sovereignty of God and grumble about what we do not have?

•What is the greatest sacrifice someone has ever made for you? How would you say that compares to the sacrifice Jesus made for those who were ungodly (that includes you, by the way)? How does Jesus’ sacrifice for you change the way you feel about making sacrifices for others?

•How does Jesus’ treatment of the Samaritan woman at the well help you understand God’s mission to find those who are lost in the world? Who would be a person you know that might be considered “the woman at the well” today? How can you encourage her to know and understand the truth of God?