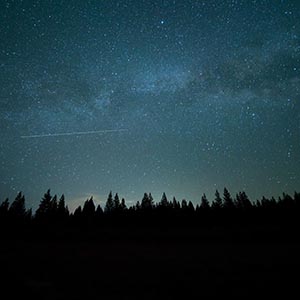 By the word of the Lord the heavens were made,
their starry host by the breath of his mouth.
He gathers the waters of the sea into jars[a];
he puts the deep into storehouses.
Let all the earth fear the Lord;
let all the people of the world revere him.
For he spoke, and it came to be;
he commanded, and it stood firm.
(Psalm 33.6-9, NIV)

That phrase with which Psalm 33 begins is an encouragement for God’s people to praise the Lord.  It also calls on His people to consider some aspects of their relationship to God.

We see that this implies that an ever-present God is always near to hear.  We’re not just singing about the Lord, but to Him.  God is always near to hear.  I’ve known people who so love to sing, and praise songs appeal to their ears, so they sing loudly with good musical skills.  The bigger the group singing, the better they enjoy it.  But their lives make you wonder if they realized their conduct is known to God.  A God who is near to hear praise, is also near and hears the crude or profane speech that comes from His creatures.  He hears and sees when we engage in sinful activities.  Our God is present and it behooves us to speak, sing, and act as humble servants of the Most High.

“Blessed is the nation whose God is the Lord, the people he chose for his inheritance.
From heaven the Lord looks down and sees all mankind;
from his dwelling place he watches all who live on earth—
he who forms the hearts of all, who considers everything they do.

Also implied is the fact that God is not only an observer of what we think, say, and do, but he also is and has always been an active participant in our life’s activities.  In this Psalm, David praises God for what He has done in the past, what He is doing now, and what he believes God will do for him in the future.

In awe of creation, the Psalmist draws the conclusion:

By the word of the Lord the heavens were made, their starry host by the breath of his mouth…..
For he spoke, and it came to be; he commanded, and it stood firm.

David knew that he could entrust his safety and well-being to the God he served daily:

But the eyes of the Lord are on those who fear him, on those whose hope is in his unfailing love,
to deliver them from death and keep them alive in famine.

So David could just as surely know God will prepare for him in the future:

We wait in hope for the Lord; he is our help and our shield.
In him our hearts rejoice, for we trust in his holy name.
May your unfailing love be with us, Lord, even as we put our hope in you.”

What does it mean for someone’s word to be “right and true?” Describe the kind of person for whom you would say this description fits. Describe someone who is the opposite, who is not “right and true.” Why is it so difficult at times for your word to always be right and true? What does this tell you about God to know he is right and true?

Some cloudless night, go outside (even better, go outside the city) and look up at the stars. What would it take for you to make the heavens and stars? God, we are told, made this with just a word. How do you react knowing that the God who made the heavens also has “unfailing love” for us?

When you think of leaders or rulers who have power, what sort of things would you list that indicate their strength? How do these items compare to the strength of the Lord? In what ways does God’s strength actually make every other act of power seem small and trivial? To whom is your devotion and hope: those who have human strength or the Lord who is our help and shield?